Over last weekend there were a number of reports of VoIP (especially Asterisk) servers that were “under heavy attack”. I have looked at some packet traces and noticed how the SIP messages look very similar to the ones generated by SIPVicious especially svwar.py. In fact, I think this is a modified version of SIPVicious that is being distributed on a botnet. 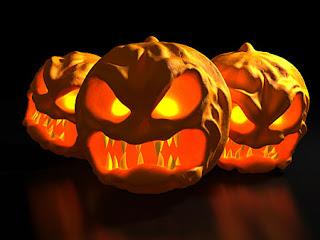 Take a look at the following message generated by these new scans:

The following message would be generated by svwar.py for the same extension number (username):

Notice how the order of the headers is exactly the same and so on. However there are some obvious differences:

Additionally the To tag is apparently generated differently. In SIPVicious the code to generate the “To tag” is the following:

The data would typically contain the extension which is then concatenated to a random number and encoded. This would later be decoded when the target responds, which helps make the scanner stateless.

In the case of this new scanner, we cannot decode the extension number in the same way.
So clearly, these guys want to bypass intrusion detection/prevention systems such as fail2ban, snort-inline etc by doing the following:

If I am correct, then the goals are obvious - enumeration of extensions and then password cracking to be able to make fraudulent phone calls.

Unfortunately, this scanning has been causing bandwidth problems for VoIP providers out there who need to expose their SIP servers on the ‘net.

So what do we do about this?
It appears that botnets are now being used for distributed scanning. Therefore it might make sense to look at what others have done before when it comes to botnet borne attacks:

Unfortunately none of these are real solutions and are rather simply mitigation techniques. In many cases, VoIP providers cannot make use of VPNs or other similar solutions.

The mailing lists had some interesting conversations about this:

And Stuart Sheldon and others blogged about this too.

Thanks to anyone (you know who you are :)) who sent me info already. If anyone has any more insight into this, mitigation, solutions, code or packet traces, please email me.