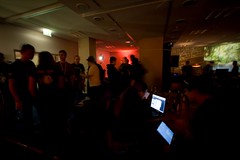 Sandro Gauci leads the operations and research at Enable Security. He is the original developer of SIPVicious OSS, the SIP security testing toolset. His role is to focus on the vision of the company, design offensive security tools and engage in security research and testing. Therefore, he is the proud owner of the title of Chief Mischief Officer at Enable Security.

He offers public office hours and is reachable here.